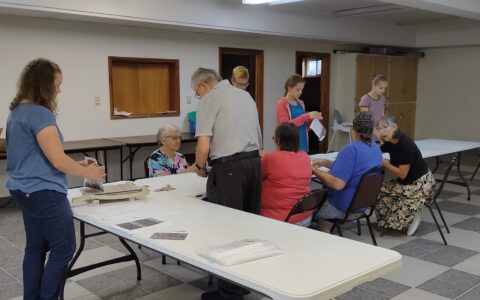 In February 2019, Bedford Bible Church extended the call to Martin Wickens to serve as their pastor. Pastor Martin is originally from the United Kingdom and has worked in a variety of churches and ministries for the last 14 years in his home country.

An American missionary, Tom Dotson, led Martin to the Lord in 1994 and it was under his ministry that Martin was called to preach. He trained at Emmanuel Baptist Bible School in Northern Ireland and graduated in 2003. In 2004 he and his wife, Carrie, married and God has blessed them with 4 children. Carrie is originally from South Carolina.

Pastor Martin’s ministry in the United Kingdom focused on working with small churches with a desire to build up the local church, share the Gospel, and train men for ministry. He raised support from churches in the USA, Ireland, and the UK to enable him to work in churches that could not support their own pastor.

In 2018 Pastor and his family followed the Lord’s leading to move to the USA and after some time in South Carolina, they relocated and settled in PA.

He has a strong focus on expositional preaching, family, fellowship, and spreading the Gospel to the community and around the world.